No More Sex Shame: An Interview With Dan Savage

Dan’s interview takes some surprising and self-disclosing turns as you find yourself saying, “Dang! That’s it! I know what you’re talking about!”

In American culture it’s tough to sidestep any kind of sex shame for who we sexually are. Though we don’t like to admit it, ours is a culture which demands conformity, and sexuality is anything but conforming. A demand for conformity and sexuality’s demand for uniqueness is a recipe for pain. 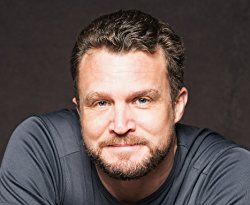 Dr. David Ley, a clinical psychologist from Albuquerque, New Mexico, is conducting a video project exploring the issues surrounding social sex shame. Ley is making few assumptions and leaves the conversation wide open asking at the outset, “Do you see sexual shaming as continuing to be an issue?”

Dan Savage can go a lot of directions with this one and thankfully he follows the path of his own experience professionally as a sexuality writer but also as a gay man who came out as a teen. Shame is no stranger to Savage.

Ley does make one exclusion from the outset of his discussion though. He doesn’t include any kind of definition or framing of shame for his viewers.

It does seem to follow that people should intuitively know what shame is. We all experience it after all. But it would be a mistake here neglect at least a few lines of discussion about sex shame.

The first mistake most people make about shame is to assume that shame is inherently deserved. Not so. Shame is nothing less than pain. It’s the pain you feel when someone points out either real or perceived departure from their expectation of you. Shame is how you feel, but it’s based on what you believe others think about you.

Sex shame is also a curse. Picture the grade school teacher wagging their ugly accusing finger at some unwary child saying, “Shame on you! Look what you’ve done!” The pain is devastating and lives with the child and shapes their perception of self. The pain is carried forever. People, often without knowing it, curse others by shaming them.

Sex shame is pain however you cut it. Shame is inevitable through a lifetime.

Dan Savage actually started his career intending a joke by giving sex advice as a gay guy to straight folk. It was really intended to shame straight readers by treating them with the same contempt that straight columnists treated gay readers.

Sex shame is a tool for everyone. We use it without knowing it.

Fortunately, Savage saw the power of his pen and writes knowing that the majority of his readers are writing him questions and comments because they feel shame. Not because they are above it.

Lest you think that sex shame is conquered by joining a community, Savage has news. Even once out, the community will insist you conform and use shame to enforce it. His experience as a young gay teen was that his friends shamed him for not doing the things that they liked to do. Savage’s preference didn’t conform and his friends used shame to move him to be like them.

Dan Savage’s discussion is compelling to explore your own experience with shame and see it for what it is. While sexual shame is inevitable, you can at least escape it’s grip.

← PREVIOUS | The Vasectomist: A Vasectomy Global Mission NEXT | Why News Fasting Can Reset Your Sex Life →