Sexual growth rarely just happens. Sexual growth is as intentional as fly fishing or story-telling. We decide how important to us our sexual fulfillment and desire for joy really is. And then we choose to grow. And then growth happens. 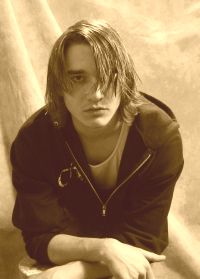 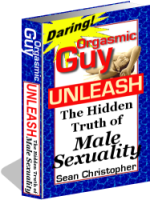 After about nine months of work, I’ve had my baby! Thank you! Thank you! We’ve named him Orgasmic Guy: Unleash the Truth of Male Sexuality! It’s a long name, I know, but after this much work and agony, this kid deserves a long name.

Nine months of anticipation, deep gratitude, fear of failure, disorientation and feeling fat is more than I thought I could endure. A book is like a baby. You don't do a lot of other things. <div class="ml-form-embed"<!-- [et_pb_line_break_holder] -->...

If God created me, my body and my mind, then He created all the sexual passion that’s rushing through me. Don’t tell me it’s a curse, of the devil, or something I’ve just got to “get over”. There’s a reason for it, and I think every guy would do well to find out just why God left him with this raging fire inside. Why the testosterone.

I remember when I was a kid and I’d have an erection in the morning, I had to do acrobats to pee in the toilet. It scared me because I thought something was really wrong, and there was no way I was going to ask anyone about it. Today, I welcome a morning salute.

Get Sex Out of the Jungle

And never miss out on opportunities to grow in your sex life. Get my Special Report The Problem With Monsters (learn how to easily change beliefs), OG Private Journal, offers and alerts to new OG products when you subscribe. Remain subscribed for as long or short as you wish.