D/s, The Heart of Kink

Kink isn’t deviant. Kink is more aligned with the heart and soul that any of us can imagine. Learn about D/s, domination and submission. Learn your kink.

Domination and Submission —  Kink cleverly annotated by D/S or D/s. From a galloping horse it’s a kink lifestyle of power exchange gone berserk. Possibly some feel D/s to be socially unsafe much less pleasurable. Quiz a random, middle-of-the road married couple on the street who’s the dom and who’s the sub in their house. They’ll reply with something like, “Yeah, at our house I’m the dom, he’s the sub, and that’s the only way we get anything done.”

If you’re muttering, eccchhh, kinky sex isn’t for me, think again. If you’ve ever said yourself or heard your partner say, “You naughty boy, you’re going to pay for that!” or maybe pondered the thought of a little tied-up action or if you’ve let your partner call the shots on a sexual romp one evening just because you fancy “going along” for a time, then you’ve experimented with D/s, the secret ingredient of kink. 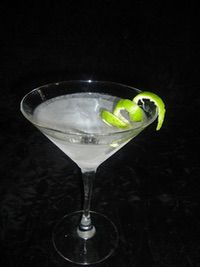 D/s isn’t sexual aberration at all. Kink is graduate school sex, and domination and submission is the elaborate art of power movement between lovers and sex partners. Domination and submission, in it’s expression, suggests one person holding control over another, yet in most cases something much more profound and beautiful is true.

Balance your own personal taste in D/s, much like the proportion of vermouth to gin in a martini, by deftly mixing your own D/s cocktail of power, vulnerability, trust, physical and spiritual experience. You actually reach those  elusive places in your sexuality, healing and personal growth by letting go, loosening up and deeply trusting another.

Lovers negotiate the mix between themselves, and this is the place where intimate communication tremendously exceeds that of most married couples. One person desires to create an experience for the other that reaches somewhere pleasurable or healing or secret in their soul. One takes the role of domination or the dom while the other takes the role of submission or sub. Once in negotiation, creating a scene, an experience cultivated in their combined imaginations, they may find themselves expressing thoughts only expressible beyond pure language and actually understanding them because they’ve abandoned cultural norms and social expectations.

In the spectrum of D/s, you can mix almost any flavor depending on how much power movement you negotiate to achieve your desired effect. Purists might desire to surrender themselves to elaborate relationship and emotion involved in slave-like obligation of the sub to their dom for an established period of time while at the other end of the D/s spectrum you might be craving a calming paddling that lasts five minutes. Someplace in the middle, the dom and sub perhaps create a scene involving control of sexual expression, orgasm and arousal. Or perhaps you may have thought up a teasingly romantic game of arousal and reward.

Surprisingly, power resides in exactly the last place you expect it. In most D/s play and games of kink, the sub retains absolute control. All agreements include a word or sign that will immediately end the scene for any reason at all. All agreements are for the pure pleasure, feelings of safety and security, healing or growing experience of the sub, so while domination and submission appears to suggest that the sub has no control, in reality, the sub has all control. In the same way, if the dom doesn’t feel comfortable doing what the sub is asking, they may always opt for another time.

You uncover the magic of domination and submission in the rich, trusting and vulnerable communication between lovers and play partners. Revealing your soul is salve to the pain of life. Things can happen in the context of trust that happen almost no other place in life. Here we can be respected for our desires which others may not understand or possibly even scorn. In kink, you’re actually respected for your bizarre desires and fantasies. It’s no wonder that once you discover the lovely reversals of power found in D/s, you’ll likely never stop digging deeper.